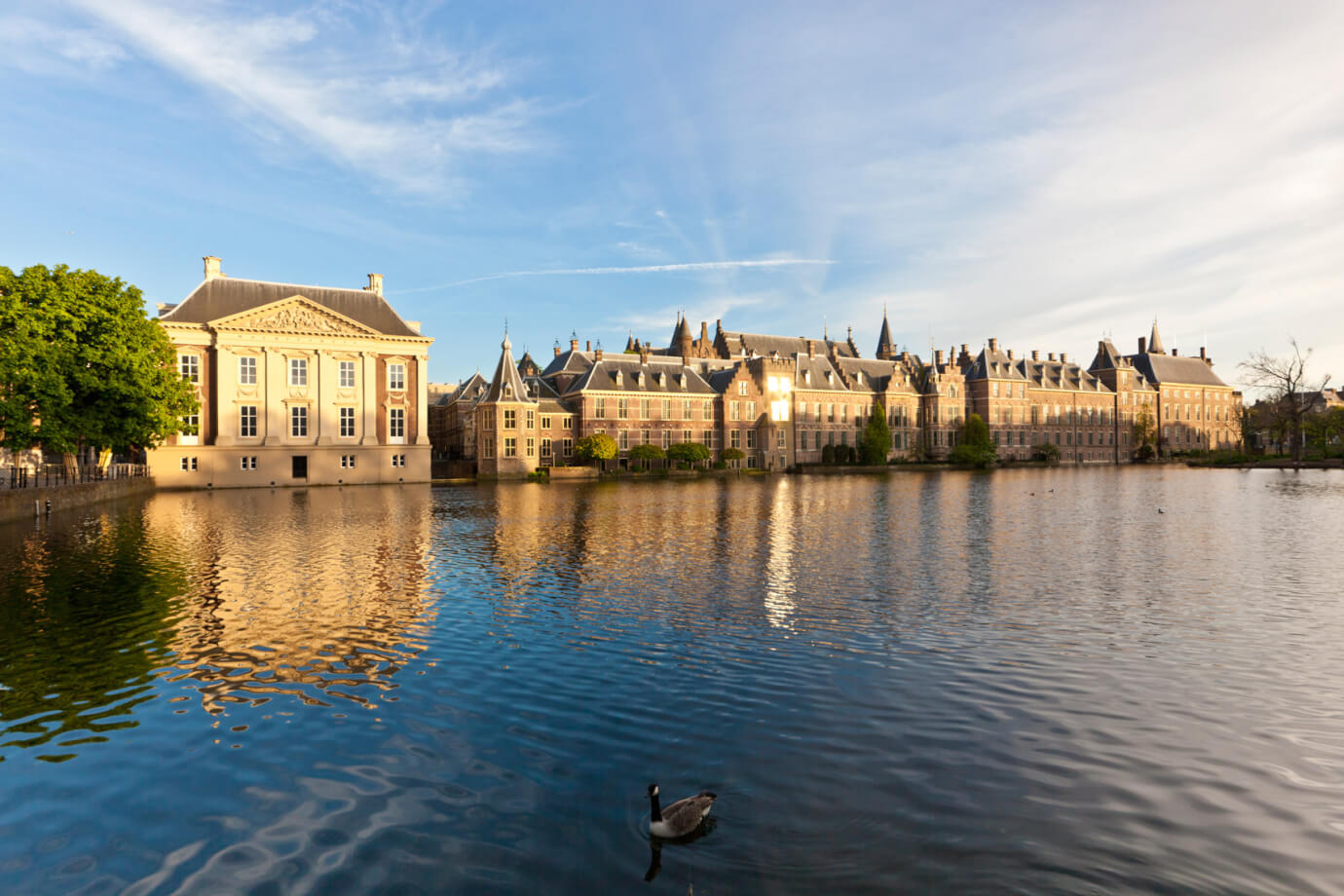 The Hague: A city with many faces

Brush shoulders with royalty before heading to the beach.

The Dutch seat of government and home to the royal family, The Hague has a regal atmosphere. But look past the palatial embassies, and you'll find a lively city next to the beach.

The Hague in a nutshell

Relaxing parks, a cosmopolitan culinary scene and regal buildings play supporting role to the city's many historical sites. It is also home to the equally difficult to pronounce, Scheveningen. A wide sandy beach just ten minutes from the city center. Indulge in some water sports or relax on the pier looking out over the sea. Either way, it's the perfect place to get an extra dose of vitamin D.

Known worldwide as the city of Peace and Justice, there are several international organizations located in The Hague, Netherlands. For example, the UN's International Court of Justice, which regularly holds trials.

Things to do in The Hague

Perhaps the prettiest spot in The Hague is the Hofvijver. A small, calm lake that reflects not only fluffy white clouds in the sky, but also elements of the Binnenhof. Quite literally the Inner Court, the Binnenhof represents the heart of Dutch politics. Its church-like Knights' Hall (Ridderzaal) is used for state occasions. But jump on a guided tour, and you can take a peek inside.

East of the Binnenhof you'll find the Mauritshuis. Stepping inside the elegant 17th-century mansion is well worth it. You'll be rewarded with a collection of Flemish and Dutch paintings from the 15th-18th-century. This is also where you can come face to face with Vermeer's famous Girl with a Pearl Earring.

If you are in the mood for one more grand building, head to the Peace Palace (Vredespaleis). Donated by the American steelmaker, Andrew Carnegie, the building was supposed to play a significant role in preventing war. However, WWI broke out only one year after it opened in 1913.

A stop at Madurodam is enjoyable for all ages, but especially for the children. Even you will feel like a giant while walking through the Dutch highlights in 1:25 scale. Viewing the Dutch landmarks inside this park is the perfect way to get acquainted with the Netherlands from The Hague.

Navigate to the end of Noordeinde for one of the best panoramas you will ever see. Panorama Mesdag is the 360-degree painting, Panorama (1881), of Scheveningen, painted by Hendrik Willem Mesdag. And then head to the beach to see the real thing.

Attracting more than nine million visitors per year is the Dutch beach at Scheveningen. Located outside of The Hague city center, this is the perfect place to enjoy the warmer weather. Don't forget to enjoy a fresh herring from one of the fish sellers. Just don't let the seagulls grab it!

The Hague, Netherlands is well connected to other Dutch cities via its main station - Den Haag Centraal. Amsterdam is about 45 minutes away by train and Rotterdam approximately 30 minutes. From the station you can also catch a number of trams and buses. Perfect for exploring the city!