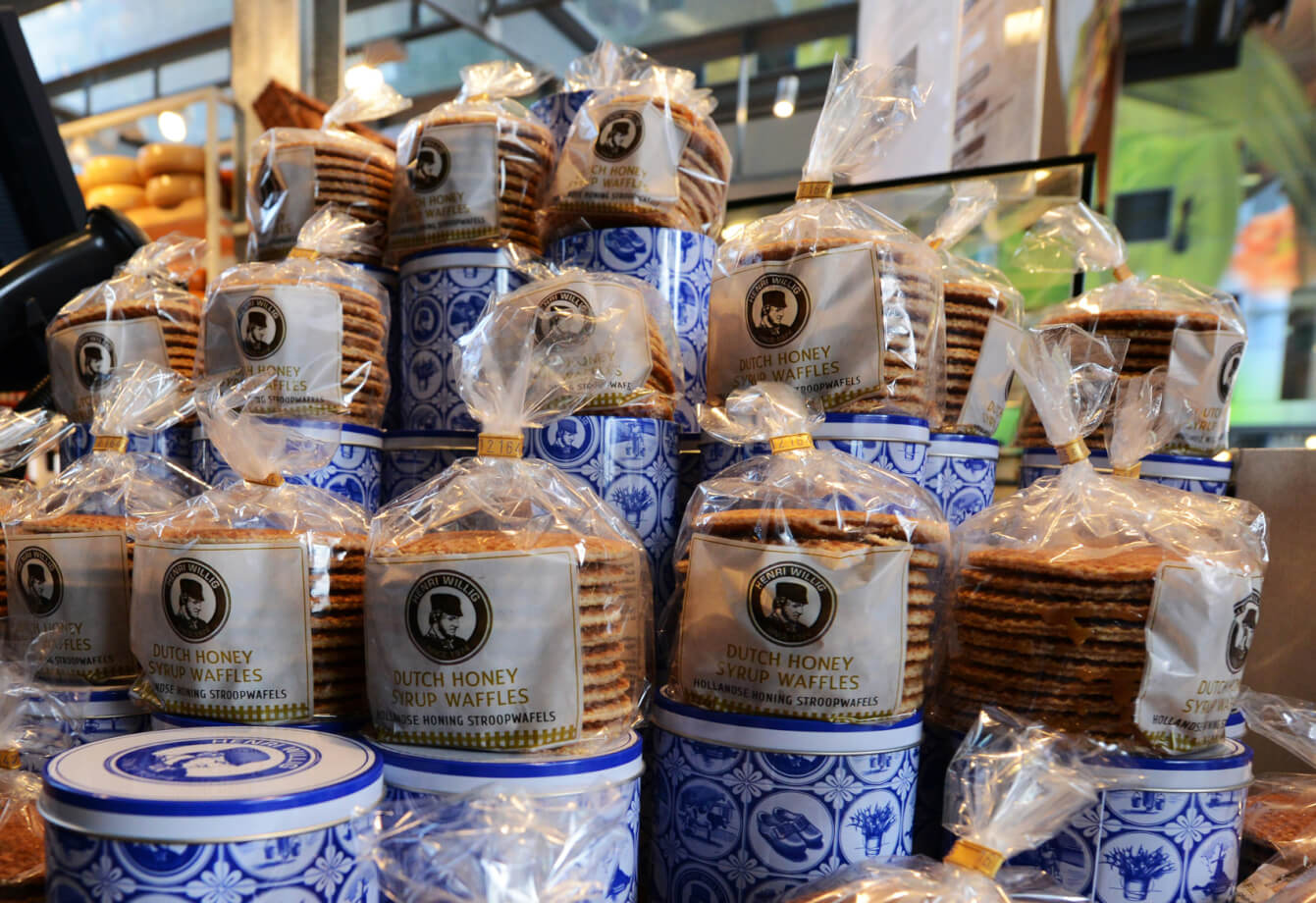 A caramel-like syrup sandwiched between 2 wafer-thin waffles that are scented lightly with cinnamon... is your mouth watering yet? Then it’s time to try a stroopwafel. The sweet Dutch snack is made by cooking waffle dough in a hot iron (with much smaller squares than a traditional waffle iron). The waffle is sliced straight through the middle, before a thin layer of syrup made from brown sugar, butter and cinnamon is spread on 1 side. Then, the 2 sides are stuck back together, where they’re left to cool and crisp up. Eaten fresh from the iron, straight from a packet, or hot or cold – it doesn’t matter. Any which way, stroopwafels are a firm favorite among the Dutch – and anyone else who bites into this crispy, sugary, cinnamon-scented cookie.

The story of the stroopwafel

The stroopwafel takes its name from the Dutch words stroop (syrup) and wafel (waffle), but this Dutch snack is more like a cookie than the fluffy waffles served in US diners. As a typical Dutch foodstuff, you’ll find plenty of packets of stroopwafels in the country’s supermarkets. They’re sold in packs of 10, and they’re all stacked up so they sit on top of each other in a cylinder. The packs of mini stroopwafels make a fun (and tasty) travel souvenir for friends and family back home. Traditionally, the Dutch waffle is eaten with coffee or tea, where they’re the perfect size and shape to sit on top of your mug. Let it sit for a few minutes, and when you take a bite, you’ll be delighted to discover that the once-hard caramel is now gooey and soft. Beyond morning tea, stroopwafels are eaten any time of day, making them the perfect sweet snack.

Sniffing out the best Stroopwafel

Dutch candy doesn’t get much better than this take on a caramel waffle. Once you’ve tried the everyday supermarket version, track down a fresh stroopwafel. The best are undoubtedly found on the Albert Cuypmarkt in Amsterdam. Look for the stand called Original Stroopwafel - it should be the one with the longest line. And for good reason. For over 40 years, Original Stroopwafel has been selling the deliciously warm Dutch waffles to locals and tourists alike. In the last year, several competitors have jumped on the bandwagon, trying to steal a piece of the pie. (Or should that be waffle?) What the Netherlands lacks in world-renowned cuisine, it makes up for with some of the best-known street foods. In fact, along with poffertjes, bitterballen, cheese and licorice, the caramel waffle is 1 of the most iconic (and addictive!) traditional Dutch foods around.