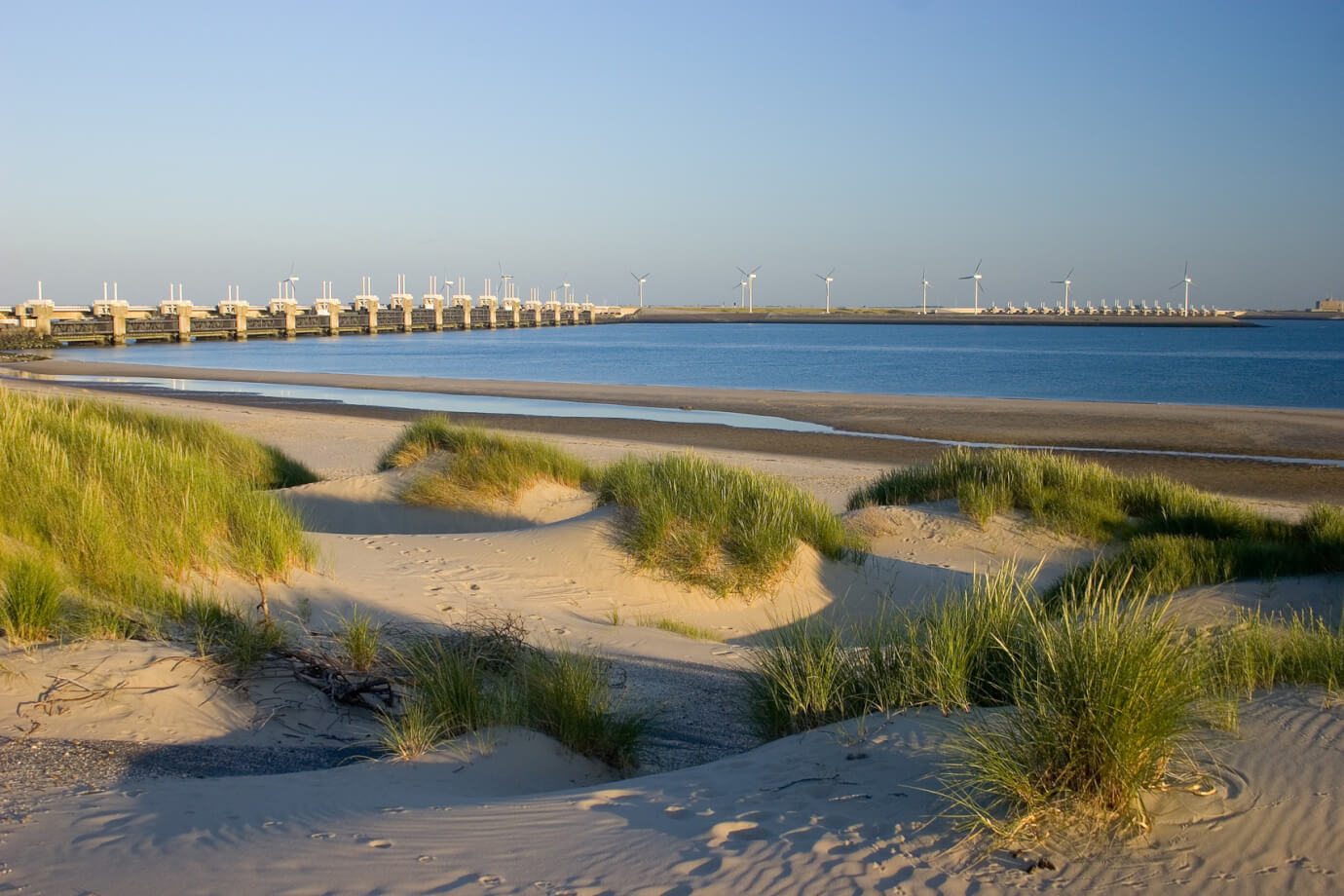 Marvel at the Delta Works with a fun-filled day by the water.

A wonder of the modern world according to engineers, the Delta Works – or Deltawerken in Dutch – is a series of dams, sluices, levees, dikes and a storm-surge barrier designed to protect the Netherlands from rising storm water. Following the deadly North Sea Flood in 1953, the Delta Works Commission was launched to find a solution to the danger of rising sea levels. Despite research and planning beginning in the 1950s, the 13 parts of the Delta Works in the province of Zeeland took around 50 years to finish.

Visit the waterpark at Neeltje Jans

1 of the structures that forms part of the Zeeland Delta Works is the Eastern Scheldt Storm-Surge Barrier – or, Oosterscheldekering. And in the middle of that sits the manmade island of Neeltje Jans. During your visit, you can watch how the North Sea Flood wiped out part of the Netherlands at the Delta Experience film presentation. Celebrating all things water, there’s an aquarium too. (If you’re brave enough, you can swim with sharks!) At the water park, cool off with a ride on the slide or visit the water playground.

Taste the flavors of Zeeland

As the Netherlands’ westernmost province, on the border of Belgium, Zeeland is famous for its delicious seafood. Oysters, mussels and Eastern Scheldt lobster are local favorites. Many of these fresh ingredients can be found on the menu at the seven Michelin-starred restaurants found in the Zeeland province. For a closer look at your dinner, visit a local oyster farm or head to 1 of the harbors where fishing boats from the region are moored.

One of the most memorable Delta experiences is quintessentially Dutch – riding a bicycle across the dams and dykes. See the beautiful beaches, impressive sand dunes and picturesque green meadows along your journey. Zeeland Netherlands is truly heaven on earth. Direct trains from Amsterdam, The Hague and Rotterdam take you to Zeeland’s prettiest towns, where it’s fast and easy to jump on a local bus service and explore the nearby Deltawerken.