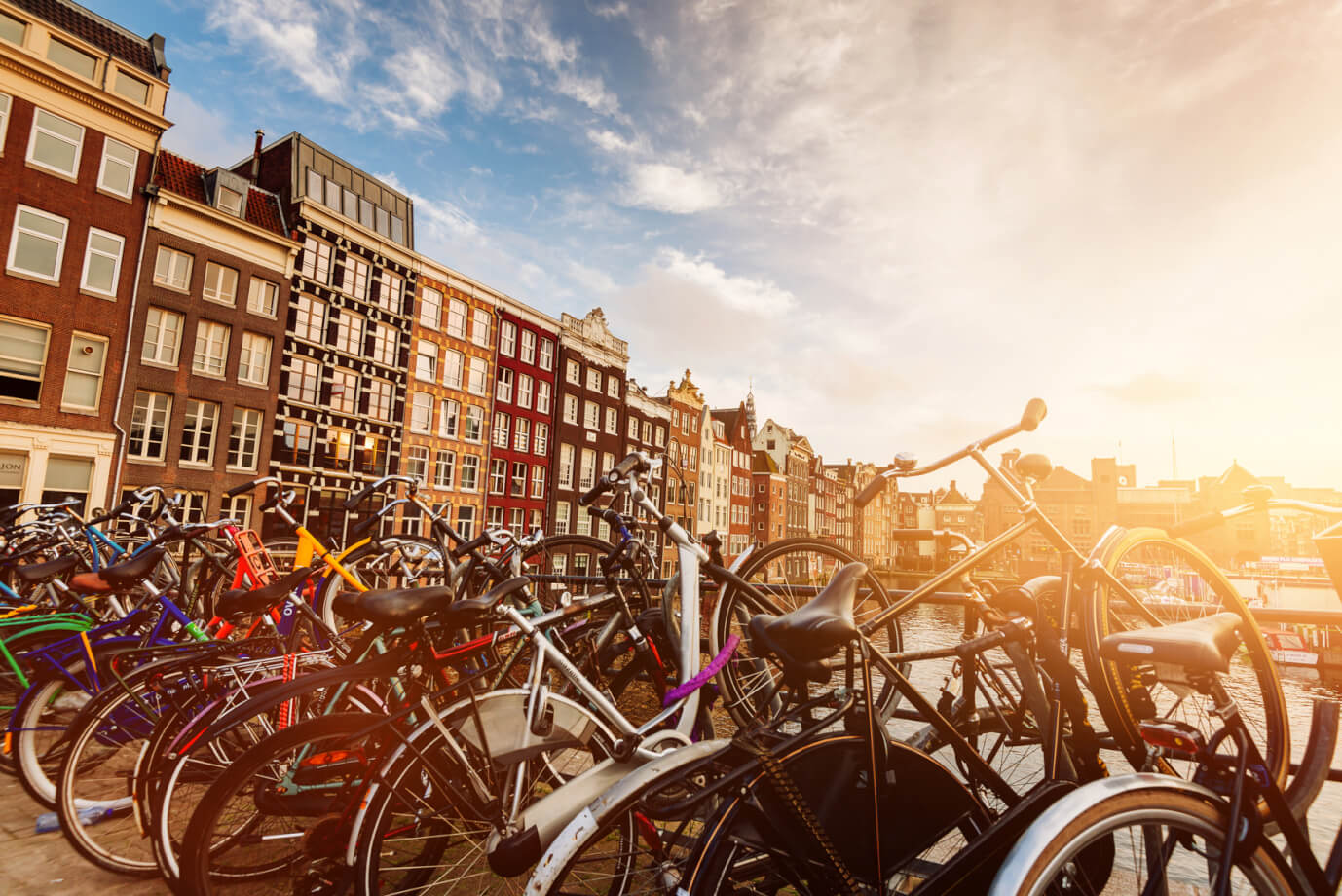 With more bikes than citizens, the Netherlands is the unofficial home of cycling.

There’s a funny statistic that people like to share while talking about cycling in Holland. And it’s this: in the Netherlands, there are more bikes than people. For a country with just over 17 million residents, that’s a lot of bikes! Read on to discover more about cycling in Holland, and why the Dutch and bikes go hand in hand.

Unravelling the mystery of the Dutch and their bicycles

Cycling in Holland is so popular that 36% of the country’s population cite a bike as their main form of transport. In the major city centers – like Amsterdam, Utrecht and Rotterdam – this figure is even larger. In fact, many of those who live in urban centers don’t own cars. Residents in Amsterdam even estimate that up to 70% of all journeys are made by bicycle. So how exactly did this country become so cycle-centric? During the industrial revolution that followed World War II, car ownership across the country shot up. City roads became congested, and cycling in Holland became increasingly unsafe. In 1971, over 3,000 people were killed in road accidents, many of them children. A social movement began demanding safer conditions for children cycling in Holland. A few years later, the Middle-East oil crisis made the Dutch collectively question the future of vehicles. These 2 combined factors revolutionized cycling in Holland. The Dutch Government began to invest heavily in cycling infrastructure. Meanwhile, urban planners started to move away from the car-centric thinking that the rest of the West were following. It’s by no accident then, that Dutch cities are some of Europe’s most compact. When cycling in Holland, you can easily go from one side of the city to the other by bike. In other major world centers this would be simply impossible. This – combined with the nation’s flat landscape – creates the perfect conditions for cycling in Holland.

When visiting Amsterdam, why not make like a local and hop on a bike yourself? A bike tour of Amsterdam is an ideal way to see the city and experience life as a true Dutchie. It’s not for the faint-hearted, however. While certainly fun, cycling in Amsterdam can be a bit overwhelming for a novice. With a cycling tour of Amsterdam, a guide leads you on a carefully planned route, taking the stress out of Amsterdam cycling. Experience for yourself why cycling in Holland is much loved as both a necessity and a pastime. If cycling through Amsterdam is not for you, then you might want to try a Hop-on hop-off tour by boat or bus, or a relaxing canal cruise.